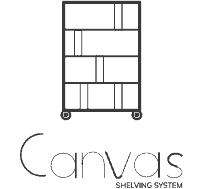 The reason why taking up veganism seems impossible is because it is thought of as deprivation of foods instead of realizing the endless options that exist. There are virtually vegan options to almost every food and for those that are worried about protein options, there are foods that can be replaced which provide you the right intake. The theory that protein only comes from animals has now been revoked and challenged by providing choices. Patrick Baboumian, an advocate for veganism that took up the lifestyle in 2011, is known as one of the strongest men in the world. He is a strength competitor and former bodybuilder who won competitions after going 100% vegan. And like him, there are many other athletes that have chosen a vegan lifestyle. Although putting things into perspective, an athlete’s lifestyle and dietary needs are quite different from an average person as they consume over 5,000 calories daily whereas the average man consumes between 2,000-2,500. Despite actual calorie intake, many struggles to find a balance and maintain both a healthy lifestyle with all the vitamins and nutrients needed while not having to give up on delicious foods that are known for having no “vegan substitutes”. Below, we will show and introduce you to meals that are 100% vegan, delicious and healthy! For all those that want to try veganism but are scared to have to give up on animal meat forever, there are plant-based replacements that do quite a good job. Vegetarian patties haven’t had the utmost success but brands like ‘Beyond Meat’ have nailed it recreating 100% meat-free patties that look and taste like meat. They also make sausages and vegan ground beef options that are fantastic for taco night or bolognese spaghetti. Bill Gates, a strong advocate for plant-based diets is one of Beyond Meat’s biggest investors. Gates, a philanthropist at heart said “eating plant-based food could help fight climate change and preserve the environment”. Other large investors in the brand are Tyson Foods (biggest US meat processor) and Leonardo DiCaprio.

There are other options such as the Fish-Free Tuna which is made of algae oil and a six-legume blend of peas, chickpeas, lentils, soy, fava beans, and navy beans. This actually contains the same exact amount of protein as a regular tuna can (14 grams), as well as 350 milligrams of heart-healthy DHA omega-3 fatty acids. A perfect example of a non-vegan food that has a perfect vegan match. Just like this one, there are many more!

Desserts! Who doesn’t love a creamy, fluffy and sweet bite after food? Many have expressed concern since you can’t bake with butter or use eggs to create texture, but alternatives like coconut oil and avocado oil have been said to get the job done. Some may say that vegan desserts are not as tasty as non-vegan ones, but you are in for a surprise. Famous bakeries all over the world have now adapted all of their signature desserts to vegan options.  Also, hotels and restaurants have opted for expanding their menus to add more vegan options. Some have decided to be 100% vegan and when tasted, most can’t even tell the difference. They are simply delicious! Check out these 28 vegan dessert recipes, including banana cream pie and fudge brownies. Veganism shows there are still many healthy and nutritious foods that you can consume in order to stay consistent with what your body needs. And a major plus is that you are taking steps towards being more eco-friendly.